I’m out-numbered in my house, this is a simple fact that I came to terms with long ago. Between tripping over matchbox cars and sitting through every superhero movie ever made, I realized that living with a houseful of boys meant a future full of video games and bathroom humor. Not that being the only girl doesn’t have its advantages; no one is clomping around in my shoes, ransacking my make-up drawer or expecting me to know how to french braid hair. But every once in a while it would be fun to debate Who wore it best or commiserate about the perils of stiletto heels and sidewalk grates with someone that actually cared. 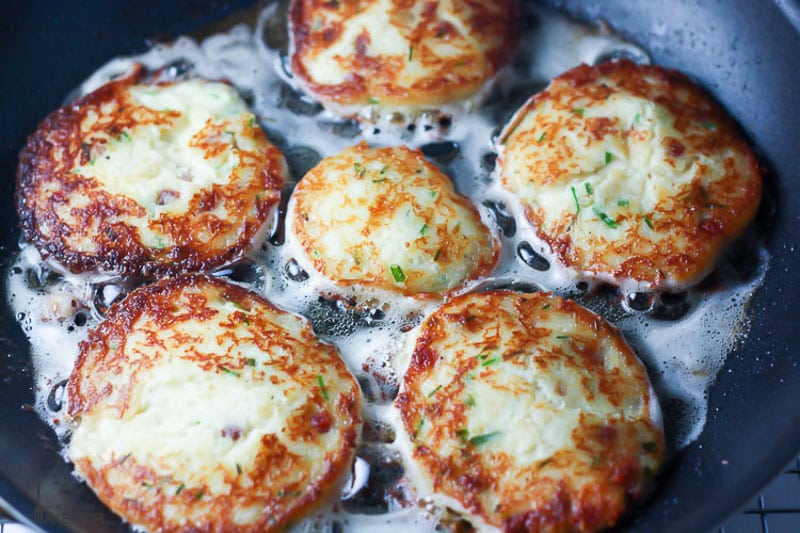 This male/female divide is never more apparent than when scrolling through our DVR. Sandwiched between episodes of The Good Wife and Fixer Upper are How it’s Made, The Flash and of course, Impractical Jokers.  I have to admit, I was a hold out for a while on Impractical Jokers, no matter how many times the men in my life pleaded its case. Then one day I caved. And while I hate to say it, they were right. I laughed harder than I had in ages. And now, it has earned it’s place in the hallowed hall of season passes on the DVR.

If you haven’t seen it yet, it’s a show about four lifelong friends from Staten Island that compete in the most asinine challenges, with the loser forced to accept a punishment from the other guys. It’s silly, often times cringe-worthy, frequently inappropriate, and our family’s idea of quality time.

There’s one episode in particular that we can all watch over and over again. The guys head into a restaurant and have to serve mashed potatoes to the customers. The winner is the guy that can serve the most scoops. The catch? The customers didn’t order mashed potatoes. Therein lies the rub. One of the Jokers, Joe Gatto, has the zaniest approach that had us crying laughing and singing “scoopski potatoes” for weeks. Just watch below to see what I mean.

My latest dish is called Scoopski Potatoes, inspired of course by this episode and Joe’s exploits. The base of this recipe is leftover mashed potatoes, which I‘m sure there were plenty of on the set of Impractical Jokers that day. To me, they’re just never the same reheated and this is a delicious trick to use them up instead of tossing them. I combine leftover mashed potatoes with aged cheddar, eggs, pancetta and chives, then fry them into these crispy edged potato pancakes that you guessed it, get scooped up faster than I can turn them out. These are definitely a new favorite in our house and I have the boys from Staten Island to thank for it. I may be the only one in my house that appreciates that this is the greatest movie ending of all time, but every now and then it’s good to be one of the boys. 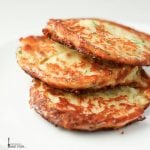 ★ Made this recipe? Make sure to give it a rating below!

Subscribe now to receive my exclusive guide of How to Stock a Pantry delivered straight to your inbox!

Subscribe now to receive my exclusive guide of How to Stock a Pantry delivered straight to your inbox! 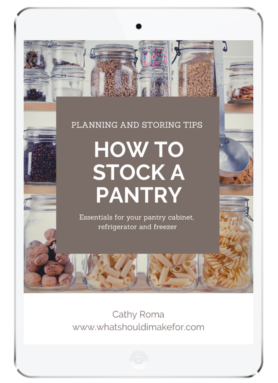 Join the What Should I Make For... Community to learn what to cook to when to achieve a happier, more balanced life.